The main types of potato bruising are: 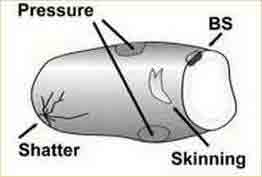 The four types of potato bruising. 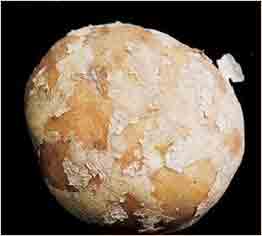 1. Potato skinning or feathering often results from handling unripe tubers, which leads to the skin scuffing and rubbing off.

There is another type of skinning, which is caused by leaving the tubers exposed to the wind, sun or dry air. In this case, the potatoes develop black spots, which can lead to their rejection in the fresh market. 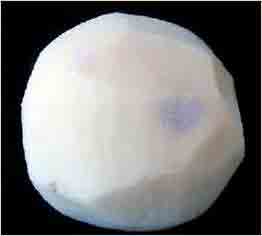 2. Blackspot bruises appear when a tuber impacts with an object, damaging the cells below the skin, without breaking the skin. Within one or two days (depending on the force of the impact, the potato variety, temperature and other factors), the damaged tissue darkens, turning brown, grey, purple and even black; the damage is often only found once the potato is peeled. 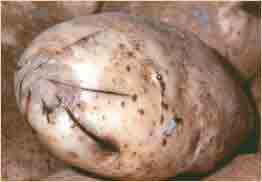 3. Shatter bruises are the result of an impact that is strong enough to cut, scrape or crack the skin of the potato. The opening in the skin can spread to the underlying tissue. In other words, the cuts tend to be deep. The deeper the cut, the more susceptible the potato to diseases such as dry rot, caused by the fungus Fusarium, and bacterial soft rot. 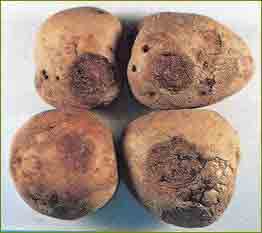 Potatoes with these types of damage are unacceptable on the fresh market!

Next up: How to avoid potato bruising during harvest

This page covers the different types of physical damage caused during harvest, transport, handling and storage. To read more on this topic, please see: Potato_Detection