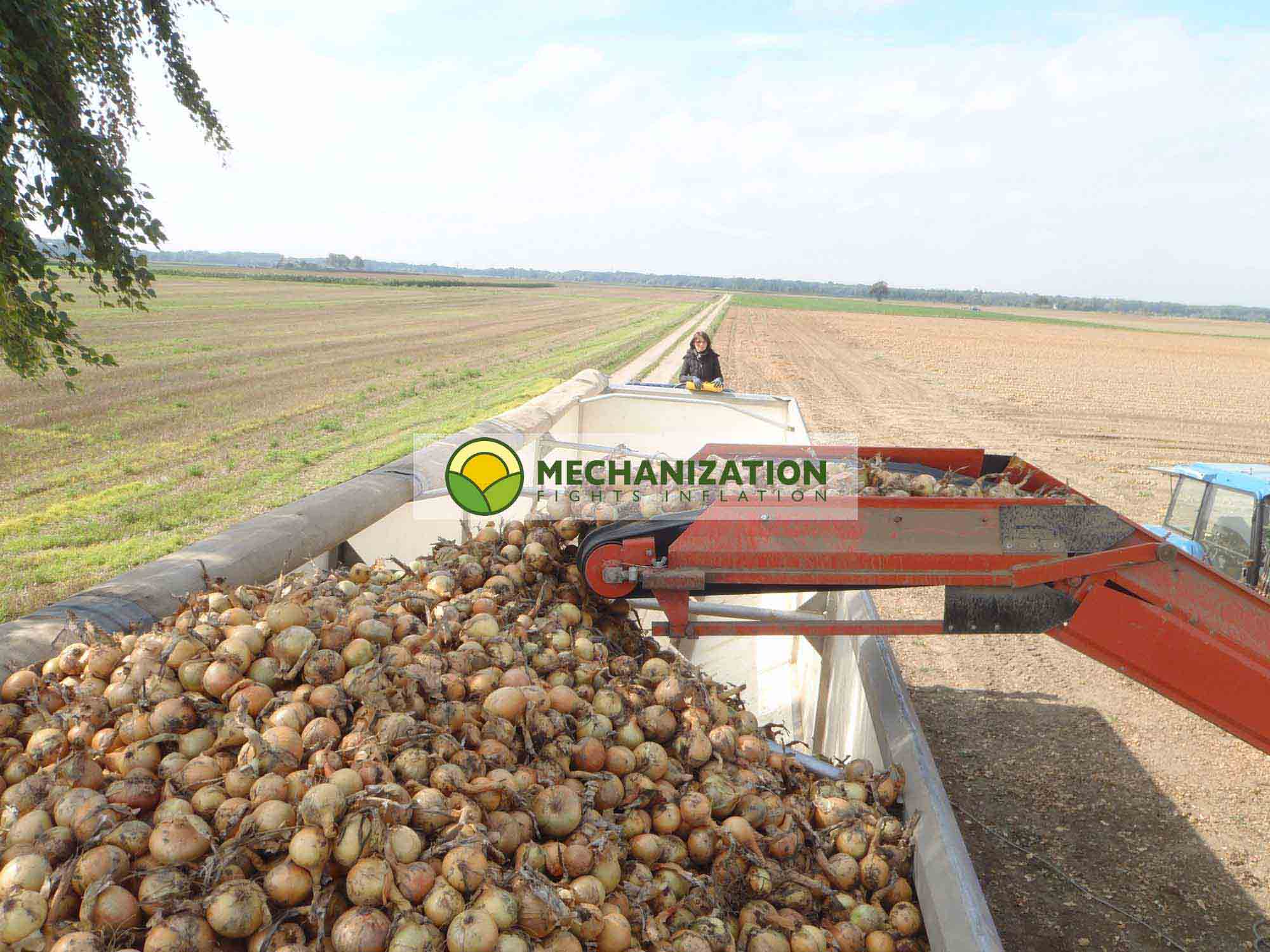 Always be prepared to transport the harvest from the field as fast as possible,

3 Hours later these windrowed onions where safely stored. See how!

Lifting onions from the field. 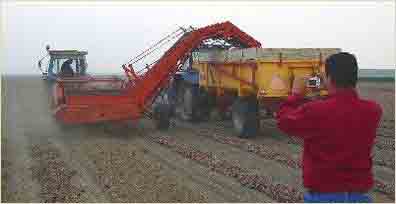 Onion loader in action. Capacity: about 1 hectare per hour independent from the yield

Loading onions in a Dutch polder during the early evening.

The picture above shows a Panamanian Farmer (on a fact finding mission together with farmers from Venezuela, Puerto Rico and Mexico during the onion harvest in the Netherlands) contemplating a windrowed onion field in a polder somewhere in the center of the Netherlands at 7 pm in the early evening.

The owner of the windrowed onions had just heart the weather forecast for the next day: RAIN !

So he decided to get his onions into safety. With two tractors, a loader and a cart to transport the onions from the field to his storage facility he brought his nearly three hectare of windrowed onions into safety in about 3 hours.

The man in the red shirt is a producer from Puerto Rico. He wanted to walk along behind the loader (or lifter) to see the loading process from close-up. But the speed of the equipment was such that he couldn't keep up, so he took a picture and let the equipment disappear towards the horizon.

Please take note that the age of the loader is about 12 years according the owner.

This way of loading onions or potatoes from the field is used all over Europe, from hilly Spain, the mountains in Switzerland to the hills of Germany. These machines don't need totally flat polder fields as shown in these pictures here.

Everything to do with this machine is specially made to ensure that the produce is handled carefully. The gooseneck belt is adapted to the height of the produce stacked in the truck or trailer, so that the produce never falls from higher than 40 cm. The black intake roller is made with foam rubber, which is as as soft as a mattress.

Next up: Transporting manually harvested onions from the field.

despite the fact that sometimes it is preferable to leave the product during benign weather.

If the owner of the 3 hectares would not have been prepared to act quickly loading his windrowed onions he would have had 150 tons of damaged product because of an unexpected change of weather.