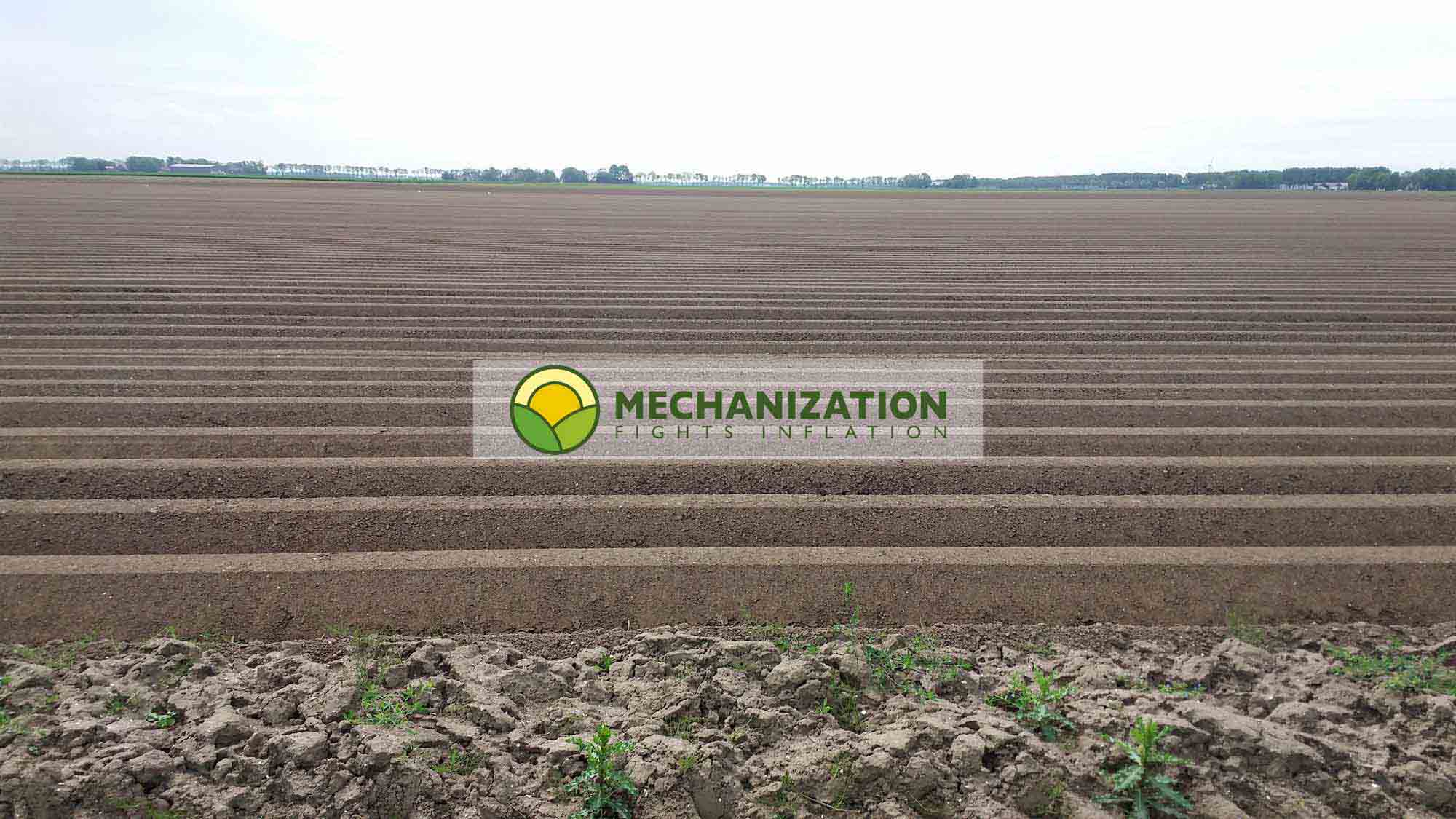 Plant families, among which to apply crop rotation and their respective products

The crops must be rotated among the following plant families:

Crops of the family of the Leguminosas are:

Leguminosae. the bean family of legumes. Beans and Peas are legumes, that is, they are members of the Leguminosae plant family. These plants are able to make use of atmospheric nitrogen as a food. They can therefore grow in soils that lack the nitrogenous salts which most plants need. Anything with bean in the name, runner, French, broad, field and peas which are one of the oldest food crops grown by man. These share a wonderful ability to fix nitrogen from the air and so provide at least a good proportion of their fertiliser requirements.

Crops of the family of the Umbelliferas are: 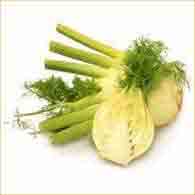 Umbelliferae. The Carrot or Parsnip Family, a distinctive group of hollow-stemmed herbaceous plants sometimes reaching great size, widely distributed throughout temperate and subtropical regions. The family takes its name from its typical inflorescence, an umbel, or flattened cluster in which the several flower stalks spring like rays from one point; many forms have "compound umbels" in which this arrangement is repeated in the branches of the clusters. Many species are ornamental; others are grown for food and medicine, as celery, asafetida, anise and caraway. The family also includes some bad weeds. Important genera are: Eryngium, Trachymene (blue lace-flower), Astrantia, Daucus (carrot), Cuminum, Coriandrum, Ferula, Anethum, Foeniculum, Levi sti cum, Petroselinum, Aegopodium, Apium (celery), Pimpinella, Pastinaca (parsnip), Sium, Myrrhis, Anthriscus. Chaerophyllum, Conium, Carum (caraway).

Crops of the family of the Solanáceas are: 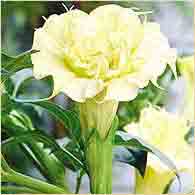 Solanaceae, the potato family. The potatoes form the anchor at the other end of a rotation as they need a fairly high level of nitrogen and prefer a slightly acid soil with a pH around 5.5. Usually manure is added to the plot the autumn before planting the potatoes. Potatoes, tomatoes and a host of other important fruit crops all belong to the Solanaceae plant family. But so do mandrakes, daturas and other poisonous and important medicinal plants. Sandra Knapp, of the department of botany at The Natural History Museum, explores the incredible diversity of this amazing plant family, focusing in part one on their use for food, and then for drugs and medicine in part two. Her study demonstrates the considerable contribution these species have made to humankind, in both positive and negative ways.

Crops of the family of the Crucíferas are: 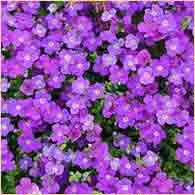 Cruciferae o Brassicaceae. Formerly known as cruciferae, brassicaceae is a family of plants most commonly referred to as the mustard or the cabbage family. A large and important family, brassicaceae contains many common vegetables, such as cabbage and broccoli, as well as ornamental plants, such as alyssum, and weeds, like bittercress. The mustard family consists of approximately 330 genera and 3,700 species. Brassicaceae plants can usually be easily identified by their flowers. Species generally have clusters of flowers with four petals forming a cross shape. Many species also possess glycosinolate, which gives them the odor distinctive to broccoli or cabbage.

Crops of the family of the Allioiedae are: 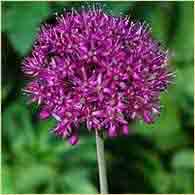 Allioiedae With over 1250 species, allium, the onion plant, is best known as one of the largest plant families blue in the world. Allium has recently been reclassified into its own family, Alliaceae, although it used to be in the lily family, Liliaceae. Allium is native to most countries in the northern hemisphere as well as in Africa and Brazil. The many varieties of bulbs are best known as the vegetables onions, leeks, shallots, chives, and garlic, though the whole genus has a b flavor and scent. The allium bulb used most has been garlic, which is especially beneficial to heart health.

Crops of the family of the Cucurbitaceae are: 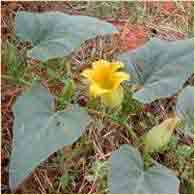 Flower and leaves of the cucurbitácea

Cucurbitaceae. or cucurbit family (also commonly referred to as the cucumber, gourd, melon, or pumpkin family) is a medium-sized plant family, primarily found in the warmer regions of the world. It is a major family for economically important species, particularly those with edible fruits. Some of these represent some of the earliest cultivated plants in both the Old and New Worlds. Some have medicinal and other uses. The family is distinct morphologically and biochemically from other families blue and is therefore considered monophyletic. General opinion is that it is closest allied phylogenetically with the Begoniaceae in the order Violales. A number of genera are not clearly defined and are in need of modern monographic treatments.

Landscapes with and without crop rotation. 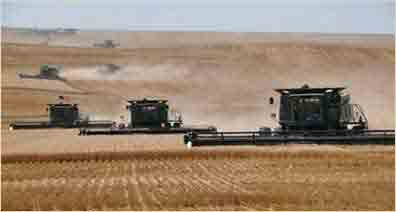 Landscape where crop rotation is NOT taken very seriously. 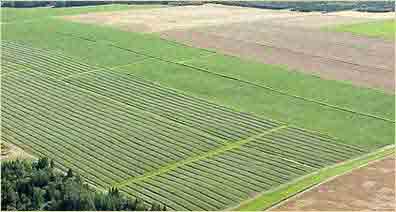 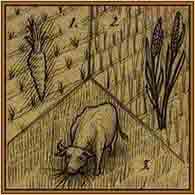 Historic crop rotation methods are mentioned in Roman literature, and referred to by several civilizations in Asia and on three major elements: sophisticated systems of crop rotation, highly developed irrigation techniques and the introduction of a large variety of crops which were studied and catalogued according to the season, type of land and amount of water they require.

In Europe, since the times of Charlemagne, there was a transition from a two-field crop rotation to a three-field crop rotation. Under a two-field rotation, half the land was planted in a year while the other half lay fallow. Then, in the next year, the two fields were reversed. Under three-field rotation, the land was divided into three parts. One section was planted in the Autumn with winter wheat or rye. The next Spring, the second field was planted with other crops such as peas, lentils, or beans and the third field was left fallow. The three fields were rotated in this manner so that every three years, a field would rest and be unplanted. Under the two field system, if one has a total of 600 fertile acres of land, one would only plant 300 acres. Under the new three-field rotation system, one would plant (and thereby harvest) 400 acres. But, the additional crops had a more significant effect than mere productivity. Since the Spring crops were mostly legumes, they increased the overall nutrition of the people of Northern Europe. For more: History Crop Rotation.

Two-field rotation was practised by the ancient Greeks.

Tree-field rotation was already mentioned in the Roman literature, and referred to by great civilizations in Africa and Asia. From the end of the Middle Ages until the 20th century, the three-year rotation was practised by farmers in Europe with a rotation: rye or winter wheat, followed by spring oats or barley, then letting the soil rest (fallow) during the third stage.

A four-field rotation was pioneered by the Dutch in the late medieval ages.

Next up: Agricultural production costs in the Netherlands